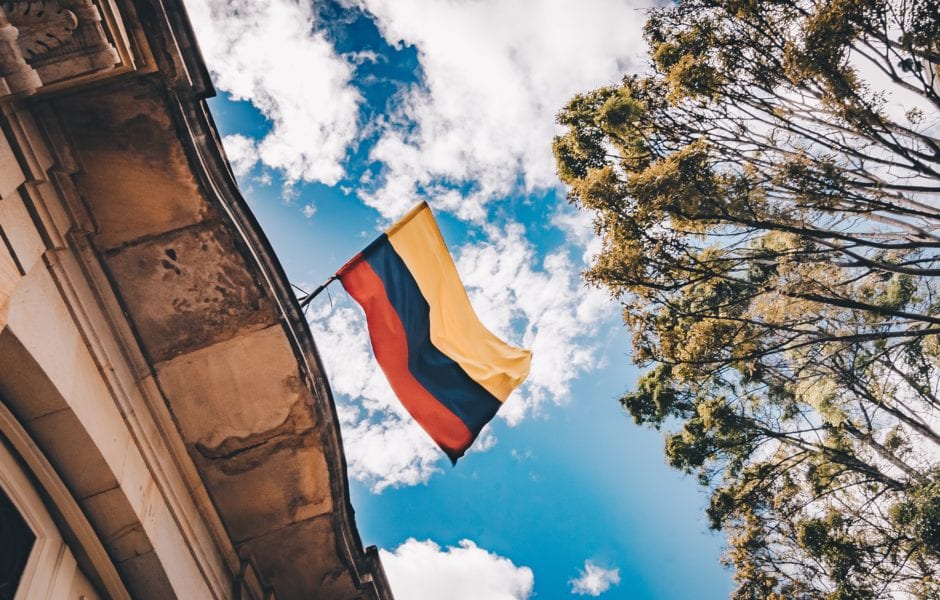 Colombia is one of the 6 countries in which Hope Story works, along with Burkina Faso, Kenya, Nepal, Tanzania and Zambia. Their local Colombian partner is Fundacion Tiempo  de Paz (meaning “Time of Peace Foundation”), an urban center that supports at-risk children and their families in the city of Medellin.

Since 2011, Fundacion Tiempo de Paz has been working to protect and support children ages 5-12 who live under conditions of nutritional, psychological and social vulnerability. They work in two communities of Medellin that are characterized by extreme poverty and violence. The foundation seeks to protect the children’s human rights and prevent them from dropping out of school. To reach this goal, Fundacion Tiempo de Paz has developed various programs in their two centers, which welcome around 100 children every day. They reach more than 1,500 people every year as they involve families and the broader community in their activities.

Medellin is the second-largest city in Colombia, with a population of approximately 2.5 million. The urban zone in Medellin is subdivided into 16 districts which were formed as favelas (or slums) of farmers who were displaced from their lands by organized crime groups. In some districts, including the communities where Fundacion Tiempo de Paz works, confrontations frequently occur between the police and criminal groups. Homicides, forced displacements, extortion, and the recruitment of minors for criminal activities are all common.

In Colombia, over the last 10 years, sexual crimes have remained above 21 thousand cases annually, and in 2018 this figure increased significantly, with 26,059 cases. This means that every day approximately 62 children and young people between the ages of 0 and 17 were abused. Between January and March 2019, there were 6,010 complaints of sexual violence against minors, with children between 10 and 14 being the most affected by abuse.

Children are especially at risk in this environment. The presence of organizations like Fundacion Tiempo de Paz is critical for Medellin as they enable children to get the care they need while protecting them from danger when they are not in school. Children not only receive food and academic tutoring, they also participate in biblical studies, which helps them develop a relationship with Jesus and grow in their faith.

Fundacion Tiempo de Paz is currently developing a project called PASI (Project Against Child Sexual Abuse), with the objective to develop 100 workshops aimed at supporting vulnerable children in the public schools of Medellin. These workshops focus on child sexual abuse awareness and education, with practical strategies to help children and parents with identifying and preventing sexual abuse. Additionally, these workshops are designed to promote self-esteem and purpose through sharing the good news of Jesus Christ.

“Children who attend the Foundation lack affection, safety, protection and sufficient and healthy food. The Foundation, through programs that seek to respond to different needs, has become for them and their families a place of peace and security. However, the main lack they have is to know Jesus as their Lord and Savior, and that is precisely our main objective. I have always thought that although I will not be able to save the lives of all the children in danger right now, if we all commit ourselves and do something significant for at least one of them, this will make a difference”

Fundacion Tiempo de Paz’s prayer is to open ten children's centers in the next five years in the areas of Medellin where children live in the most vulnerable conditions.

When there is so much need, one may think small actions will not make a difference, but the story of Fundacion Tiempo de Paz reveals something different. Each person is called to be light and it is time to answer that call. To say “yes” when Jesus calls is the best decision that a person can make, because God enables, provides, and opens doors in ways never imagined.